Founded in 1993, Farmrite is a Australian, family owned and operated, company based in Moree, New South Wales. Farmrite imports AGI Westfield Grain Augers and Belt Conveyors and distributes them through an Australia wide dealer network.

AGI (Ag Growth International) appointed Farmrite as a national distributor of the AGI Westfield range of Augers and Belt Conveyors effective from the 1st of January 2021. Previous to this Farmrite distributed the AGI Wheatheart range of augers.

The AGI Westfield brand is very well known and respected around the world and Farmrite are proud to be being able to offer AGI Westfield augers via its dealer network.

The modern-day grain auger was invented by Peter Pakosh in Toronto, Canada in 1945. In early 1950 Abraham Plett decided he could build a better auger, after the undercarriage failed on an auger he bought to resell to a customer. Abraham chose the name Westfield along with the now iconic bright yellow colour, reminiscent of fields of golden wheat on the Canadian prairie. The first two Westfield augers were sold in 1951.

In 1965 Abraham turned control of Westfield over to his four sons. After a major flood in 1966, the Plett Brothers relocated their factory on the banks of the Morris River to a nearby property just east of Rosenort, Manitoba. In 1968 the new Westfield manufacturing complex was completed. The introduction of a redesigned grain auger, and an expansion of the Westfield model line-up saw auger sales increase steadily and it was not long before Westfield moved into the United States, and global markets.

Ag Growth International (AGI) acquired Westfield Industries in May 2000. AGI is a Canadian agricultural company with over 35 brands and is one of the most recognised equipment manufacturers in the global agriculture industry. An addition to the Rosenort factory in October 2010 increased AGI Westfield’s manufacturing facilities to 16,250 square meters. The AGI Westfield factory produces over 13000 augers a year and AGI Westfield is now the leading grain auger manufacturer in the world, with a reputation for producing high quality reliable products.

AGI appointed Farmrite as a national distributor of the AGI Westfield range of Augers and Belt Conveyors effective from the 1st of January 2021. Previous to this Farmrite distributed the AGI Wheatheart augers and Batco range of belt conveyors. 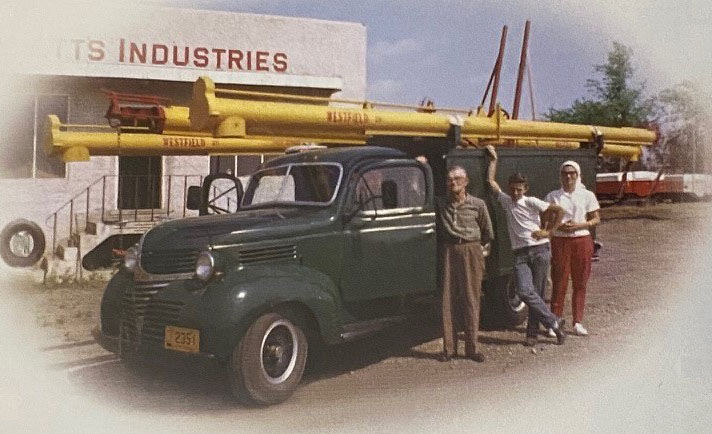 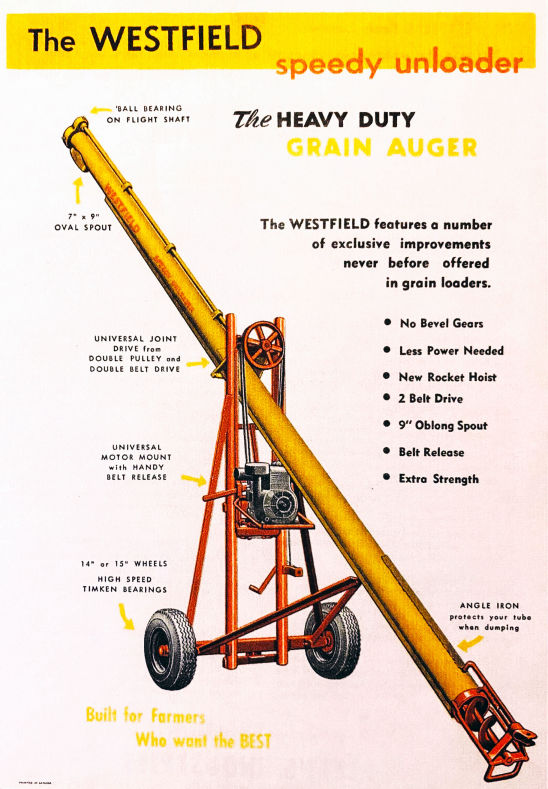 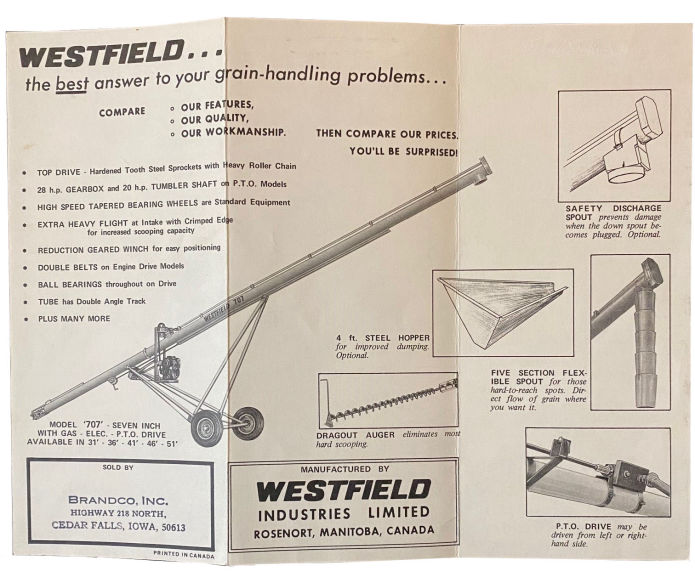 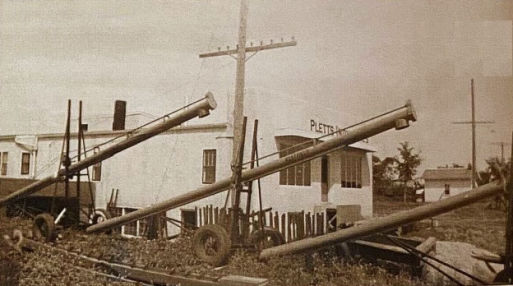 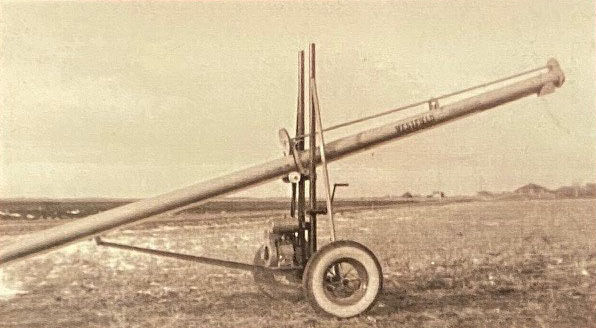 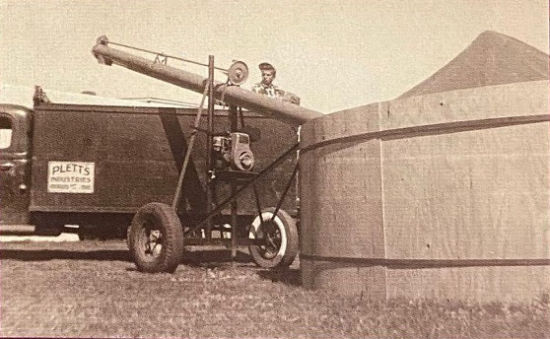 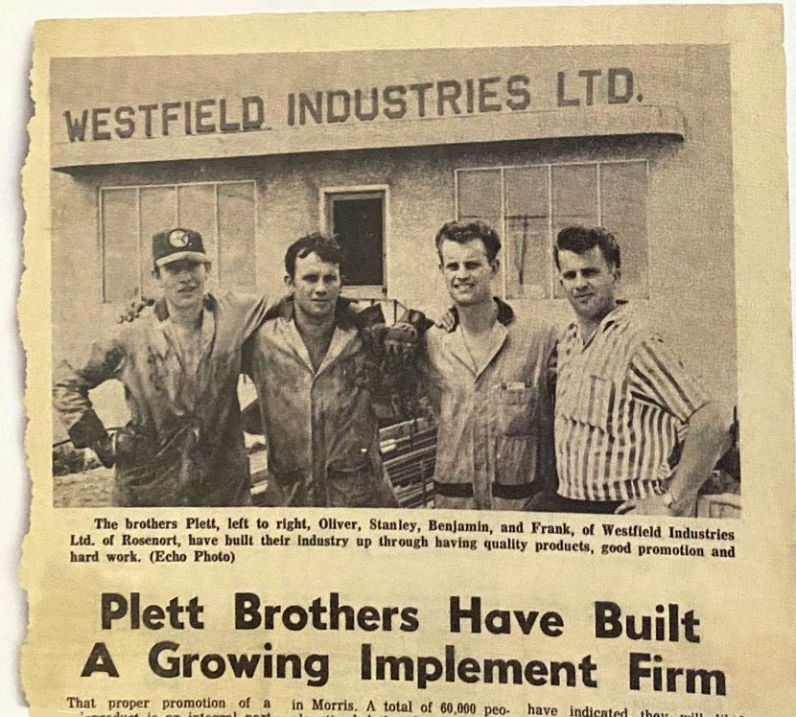 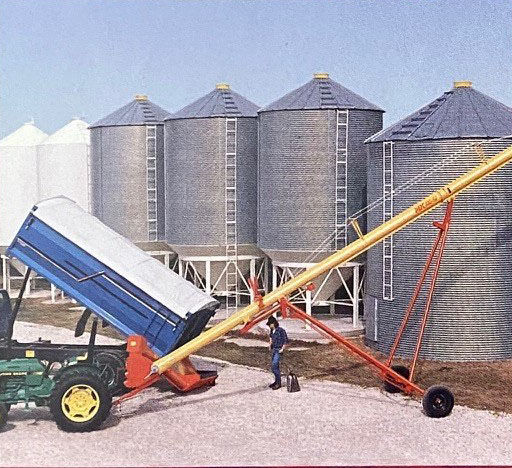 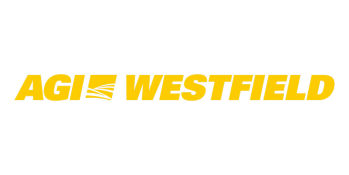